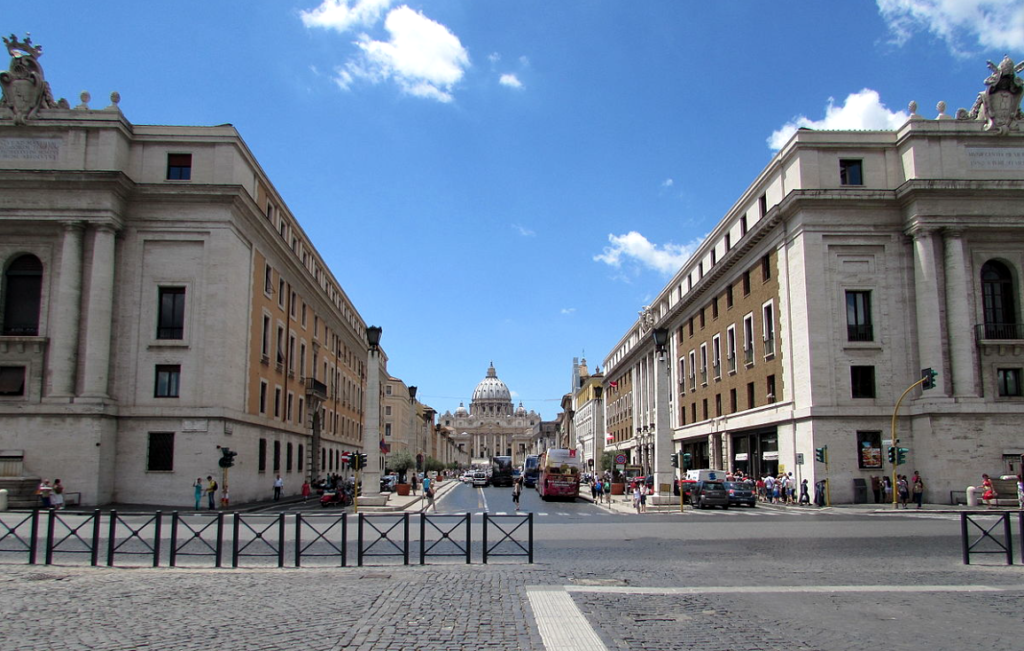 We look forward to welcoming you back to the RCMF in our new venue for this year, the historic Auditorium Conciliazione.
It was designed by architect Marcello Piacentini and was initially meant to be a pontifical audience hall.
The auditorium opened in 1950 and its inaugural concert was conducted by Fernando Previtali with Arthur Rubinstein on piano.  Its first season included performances by internationally renowned conductors such as Sergiu Celibidache, Paul Hindemith, Peter Maag, and Ildebrando Pizzetti. Over the years, many classical music legends have graced its stage: Leonard Bernstein, Stravinsky, Karajan, Aldo Ceccato, Giuseppe Sinopoli, Riccardo Muti, and Myung-Whun Chung, among others.

In 1958, the Orchestra dell&#39;Accademia Nazionale di Santa Cecilia, Italy’s first exclusive symphonic orchestra, established its headquarters at the auditorium and remained in residence until 2003. RCMF’s artistic director, Robert McDuffie, made his roman debut with the orchestra in 1994 at the prestigious hall.

In a video posted on romechamberfestival FB and IG accounts,  RCMF artistic director and founder Robert McDuffie  announced  “with great regret” the cancellation of the 2020 Season of the Rome…