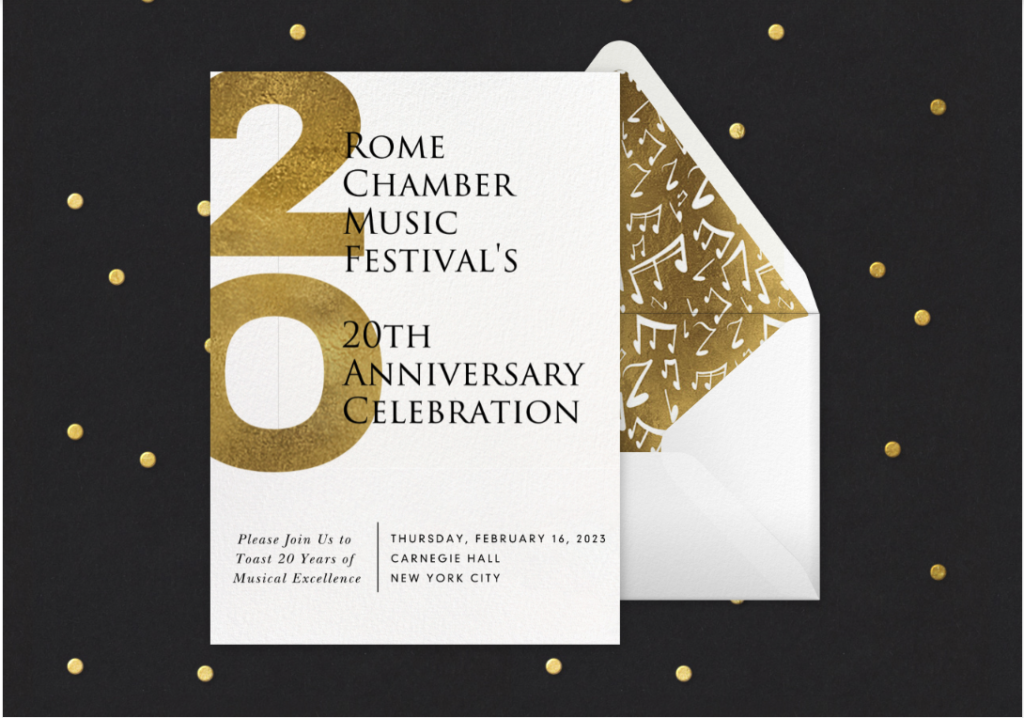 The RCMF will celebrate its 20th anniversary with a concert featuring the festival’s founder and artistic director, Robert McDuffie, performing the Brahms’ Violin Concerto with the Czech National Symphony Orchestra at 8:00 p.m at Carnegie Hall in New York City.
A benefit cocktail celebration in the Shorin and Rohatyn Rooms at Carnegie Hall will take place immediately after the performance.
Tickets begin at $500 and include premium seating at the concert and an invitation to the post-concert party.
A portion of the ticket is tax-deductible and proceeds will benefit the festival’s Young Artist Program.

$500 for an individual ticket, which includes premium seating at the concert and entrance to the cocktail celebration.
$750 Same as above, plus the opportunity to underwrite a ticket for a young artist to attend.
Tickets purchased by February 6, 2023 will be mailed to you. Tickets purchased after this date will be held at the Carnegie Hall’s Box Office for pick up on the day of the concert.

If you cannot join us, please consider making a gift in honor of the RCMF’s 20th anniversary by clicking here.

For questions regarding the RCMF’s benefit concert at Carnegie Hall, please contact Therese Heyn at therese@romechamberfestival.org.

In a video posted on romechamberfestival FB and IG accounts,  RCMF artistic director and founder Robert McDuffie  announced  “with great regret” the cancellation of the 2020 Season of the Rome…