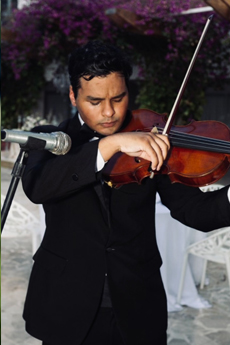 Alec Luna is currently a Junior studying at the Robert McDuffie Center for Strings under Rebecca Albers and Vicky Chiang. Alec has performed alongside the finest musicians in classical music including: Yo-Yo Ma, Robert McDuffie, David Kim, and Hsin-Yun Huang as well as with members of the Cavani, Emerson, and Ehnes string quartets . He has also played in masterclasses for Tabea Zimmermann, Kim Kashkashian, Michae Tilson Thomas, and James Ehnes; as well as for members of the Brentano, Cavani, Cleveland, Ehnes, Emerson, and Tackács string quartets. Alec was the winner of the New World Young Artist Competition and has preformed at Disney’s Epcot International Festival of the arts. He also has attended the Bowdoin international music festival. Alec is a native of Orlando, Fl and has recorded for Flying Horse Records.