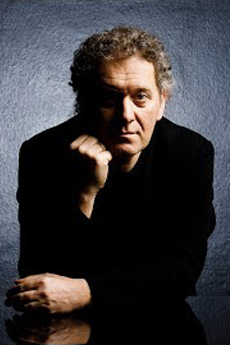 Trained under the guidance of Maria Tipo, Andrea Lucchesini garnered international recognition at a very young age when he won the “Dino Ciani” International Competition at the Teatro alla Scala in Milan. Since then he has performed throughout the world with leading orchestras, working with conductors such as Claudio Abbado, Semyon Bychkov, Roberto Abbado, Riccardo Chailly, Dennis Russell Davies, Charles Dutoit, Daniele Gatti, Daniel Harding, Vladimir Jurowski, Gianandrea Noseda, Franz Welser Moest and Giuseppe Sinopoli.   He explores classical to modern music and has won both the Accademian Chgiana International Prize and the F. Abbiati Prize.

He teaches at the Scuola di Musica di Fiesole, where from 2008 to 2016 was artistic director and has given masterclasses in major music institutions in Hannover, Salzburg and New York as well as serving on juries at piano competitions all over the world.