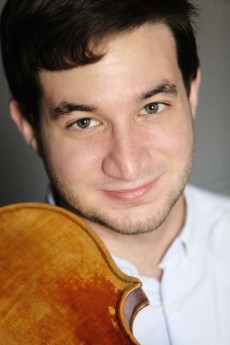 Russian-Israeli violist Mikhail Balan attended the Gnessin Special School of Music at age five, followed by the Tchaikovsky Conservatory and the Haute École de Musique de Lausanne. He won third prize in Vienna’s International Beethoven Competition and obtained several scholarships from Swiss foundations and personal financial support from Frau Ilse Stammer-Meyer. Since 2007 he has been a member of orchestras in Russia, Austria, the Czech and Slovak republics, Italy, and Switzerland, and is principal viola in orchestras appearing in Germany, the Netherlands, and Poland. He plays a viola made by Russian maker Timofei Podgorny in 1919.