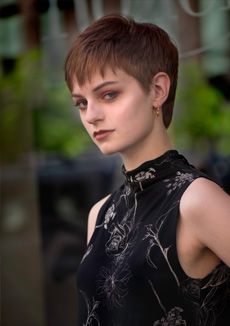 Seattle-born violinist Bronwyn James strives to have a multi-faceted career spanning all areas of music. She has performed in eight countries, appeared as a soloist with orchestras including the Seattle Symphony, and played as a substitute in the Seattle and Atlanta Symphonies. Other engagements have included spending summers at the Aspen, Lake Tahoe, and Kneisel Hall music festivals, and being a part of countless movie and video game soundtracks. Ms. James has an undergraduate degree from Robert McDuffie Center for Strings at Mercer University, recently earned a masters degree from the University of Michigan. She is delighted to return to the Rome Chamber Music Festival for the third year.