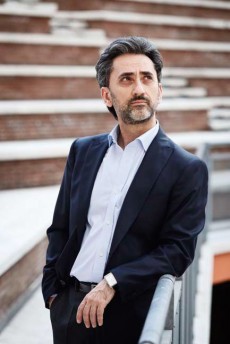 Carlo Rizzari has conducted many important orchestras such as the Montreal Symphony Orchestra, the Suisse Romande Orchestra, Graz Symphony Orchestra, the Orchestra of San Carlo Theatre in Naples, Orchestra di Padova e del Veneto,the Orchestra Regionale Toscan, the Orchestra of Bellini Theatre in Catania, the Italian Swiss Orchestra, Pomeriggi Musicali Orchestra in Milan and many others. Since 2006, he is Antonio Pappano’s Musical Assistant at Accademia Nazionale di Santa Cecilia in Rome. With the same he was invited by Claudio Abbado for a concerts series in Bologna and Lucerna with the Orchestra Mozart. He regularly conducts the Accademia di Santa Cecilia Orchestra during the symphonic seasons and for the Family Concerts, working with great soloists. He was invited at the 2009 edition of Knowlton Festival and began a collaboration with the Montreal Symphony Orchestra. He inaugurated, in Rieti, the Reate Festival editions from 2009, to 2011 conducting, inside the Flavio Vespasiano Theater. As a Belcanto expert he conducted Don Pasquale at the Sao Carlo Theater in Lisbon, Puccini’s La Bohème at the Bellini Theater in Catania. He inaugurated the Rome edition of the Belcanto Festival with the Orchestra of the Accademia Nazionale di S. Cecilia in a successful “Three Tenors of Belcanto Concert” with John Osborn, Barry Banks and Celso Albelo. In June and July 2012, Carlo Rizzari has been the main artist of the Accademia Nazionale di Santa Cecilia Summer Season, in different concerts with the pianist Lang Lang (with Beethoven Concerts n. 1 and n. 5).