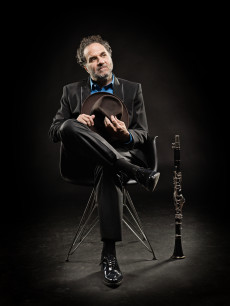 Clarinetist David Krakauer is both a master of Eastern European Jewish klezmer music and a major voice in classical music. He has appeared with the Tokyo, Kronos and Emerson quartets, plus as soloist with the Dresden, Seattle, and Detroit symphony orchestras among many others. With his band, Klezmer Madness!, he has redefined the klezmer genre with major appearances at Carnegie Hall and internationally.

His discography contains some of the most important klezmer recordings of the past decade: notably “The Dreams and Prayers of Isaac the Blind” (Golijov/Kronos/Nonesuch)  as well as six CDs under his own name.

Mr. Krakauer is on the faculties of Mannes, the Manhattan School of Music, and the Bard Conservatory.