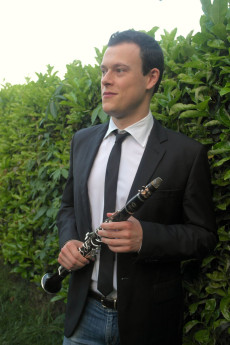 Born in 1988, Fabio Freisa studied in Turin at the G. Verdi Conservatory, where he both graduated and earned his second level academic degree. He refined his studies by taking master classes held by some of the world’s best clarinetists and has been a pupil of Alessandro Carbonare from 2011 to 2013. Winner of the Leonardo da Vinci scholarship in 2013, Mr. Freisa currently works with many European orchestras as a soloist. An active chamber player, he collaborates with famed ensembles such as Ensemble Novecento and Les Temps Modernes, among others.