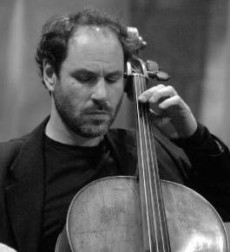 Gary Hoffman is one of the outstanding cellists of our time, combining instrumental mastery, great beauty of sound, and a poetic sensibility in his distinctive and memorable performances. Mr. Hoffman gained international renown upon his victory as the first North American to win the Rostropovich International Competition in Paris in 1986.

Mr. Hoffman is a frequent soloist with the world’s most noted orchestras and conductors and performs on major recital and chamber music series throughout the world. He has premiered many concertos and is a frequent guest of string quartets including Emerson, Tokyo, Borromeo, Brentano, and Ysaye. Mr. Hoffman is an Artist Member of the Lincoln Center Chamber Music Society.

Born in Vancouver, Canada, Mr. Hoffman devotes part of his time to teaching. He was the youngest faculty appointee in the history of the Indiana University School of Music, where he remained for eight years. He regularly holds master classes world-wide. Residing in Paris, Mr. Hoffman is an active recording artist with BMG (RCA), Sony, EMI and Le Chant du Monde labels. He performs on a 1662 Nicolo Amati, the “ex- Leonard Rose.”