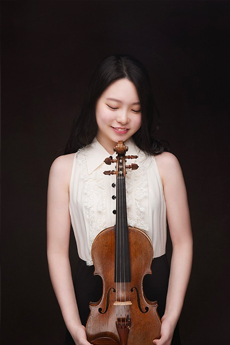 Hayoung Choi is nineteen-year-old violinist from Daejeon, South Korea.Hayoung is currently in her third year at the Robert McDuffie Center forStrings as a student of Amy Schwartz Moretti, Robert McDuffie andDavid Kim. She began violin lessons at five years old, and she iscurrently earning a Bachelor’s degree in Violin Performance.