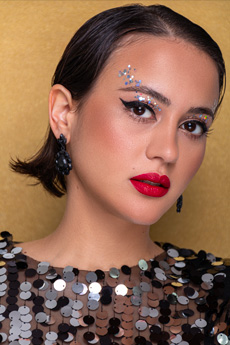 Maddalena De Biasi began her musical studies at a very young age. At the age of sixteen she was admitted to the conservatory E. F. Dall’Abaco conservatory in Verona and then graduated with full marks in 2019.

Winner of the Vicenza International Opera Competition 2020 she played the role of Aminta in the opera by A. Vivaldi “L’Olimpiade”, staged at the Teatro Olimpico in Vicenza.

In the same year she passed the selections for the Accademia del Belcanto “Rodolfo Celletti” in Martina Franca.

She obtained a master’s degree in Renaissance and Baroque singing at the S. Cecilia Conservatory in Rome under the guidance of Sara Mingardo, graduating with full marks and honors.

In 2021 she won the “Maria Zunica” Prize in the 19th edition of the Ottavio Ziino international opera competition and began an artistic collaboration with the Wunderkammer Orchestra and Europa Musica associations.

Back at Vicenza in Lirica 2021 Festival, she was chosen to play the role of Talia in the opera “Le Grazie Vendicate” by Antonio Caldara (first performance in modern times) at the Teatro Olimpico in Vicenza.