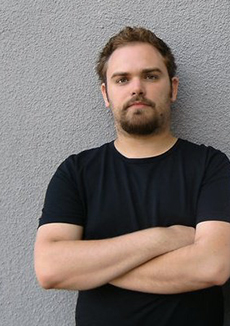 Born in Turin in 1988, Matteo Tabbia began studying with A. Mosca, and continuing his studies with G. Sollima, M. Brunello, E. Dindo, F. Helmerson and E. Pace. As a soloist he played with the Tonhalle Orkester zuerich, the WyO, Melbourne Chamber, Dubrovnik Symphony, Slovenian Radio Orchestra. Winner of the first prize at the Alexander & Buono international Competition in New york, and of the Orpheum Stiftung Award in 2014, he became the leading cello of the Teatro Comunale Orchestra in Bologna. He is now the leading cello of the San Carlo Theater in Naples. He plays a Quattrinelli di Senigallia cello (1790).