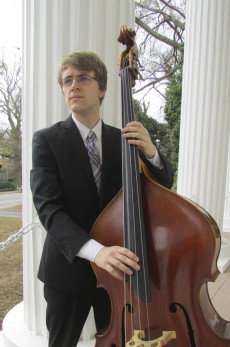 A native in both Sweden and Denmark, Mr. Hanskov Palm is a 22 year old double bassist who currently studies at the Robert McDuffie Center for Strings at Mercer University. He has performed as soloist with orchestras in Denmark, Sweden, and Germany. He has also competed throughout Europe and in 2010 represented Sweden in the prestigious Eurovision Young Musicians competition. Mr. Palm has been awarded both the Jacob Gades Legat and the Van Hauen Prize. In 2010 he starred in a documentary by SVT about young elite string players in Sweden.