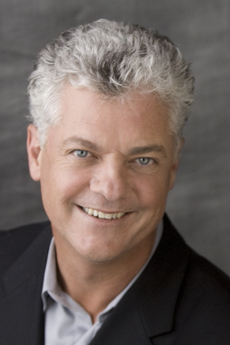 Michael has distinguished himself as a conductor with major orchestras in the symphonic and operatic world. A protégé of Leonard Bernstein, he began his association with the renowned conductor and composer as student in 1982, later serving as Maestro Bernstein’s assistant conductor from 1985–1990. Co-founder of both the New York Festival of Song (NYFOS) and the Moab Music Festival, Michael was previously Director of the Tisch Center for the Arts and the 92nd Street Y in New York, and Chief Executive and General Director of the Caramoor Center for Music and the Arts in Katonah, NY.

Michael holds artistic leadership positions at the Moab Music Festival and NYFOS, and worked on the Leonard Bernstein Centennial as producer, conductor, and pianist. A champion of new music, Michael has conducted and played premiers by nearly 100 composers.  He considers new music the lifeblood of American musical culture. Dedicated to music education, in collaboration with Jamie Bernstein, he is active in the creation of new educational programs for symphony orchestras. Their programs have been performed throughout the US, Asia, Cuba, and Europe. Born in Guam and raised in California, Michael attended the University of California, Berkeley and is a graduate of the San Francisco Conservatory of Music.