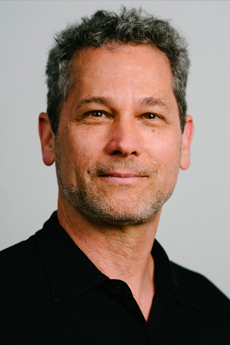 Nicholas Mann, grew up surrounded by music and musicians, collaborating from an early age with such noted artists as Itzhak Perlman, Lynn Harrell, and his father Robert Mann. After receiving his Bachelor’s and Master’s degrees from the Juilliard School, where he studied with Dorothy Delay, he made his debut at the Metropolitan Museum of Art in 1983 and has performed extensively as a recitalist and soloist throughout the United States and Canada.

Mr. Mann was a founding member of the Mendelssohn String Quartet, which began its career in 1979 and spanned 31 years. The MSQ was a frequent guest at virtually every major music series in the U.S. as well as performing in Canada and Europe. The MSQ commissioned numerous composers, including Mario Davidovsky, Bernard Rands, Augusta Read Thomas, Shulamit Ran, and Tobias Picker. The quartet’s discography includes recordings for Musical Heritage, Nonesuch, Bis, and Newport Classic.

Mr. Mann has a long distinguished career teaching, He taught at the University of Delaware (1989–1998), Harvard University (1992–2001), North Carolina School of the Arts (1997–2003), and the Hartt School of Music (2000–2003). Currently, Mr. Mann is chair of the string department at The Manhattan School of Music and also on the faculty of Juilliard. Mr. Mann is also active as leader in the arts. He is president of the Walter W. Naumburg Foundation and president of the board of the Yellow Barn Music Festival.