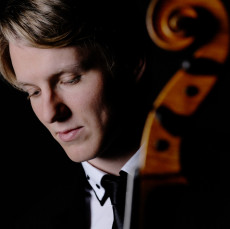 Born in Moscow in 1988, Nikolay graduated with distinction at the Gnesin’s Moscow music college  as well as at the Moscow State Conservatory. He is currently studying at the Conservatorio della Svizzera Italiana with E. Dindo. During the years he took master classes with D. Geringas, N. Gutman, G. Hoffman, M. Kliegel, R. Kirshbaum, M. Maisky.

Winner of many international competitions, Nikolay took part in many international chamber music festivals as well. He frequently performs in prestigious halls both in Russia and Europe and plays with famous musicians such as E. Dindo, H. Kazazyan, A. Korobeinikov, M. Quarta, F. Say, D. Rossi. Nikolay plays a cello made by Giovanni Paolo Maggini (1624).