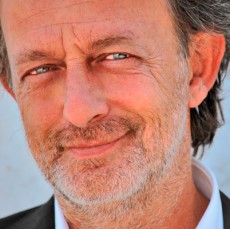 Born in Bari (Italy), Paolo De Vita undertook university studies in anthropology and primatology, only to abandon them on the verge of his degree, to become an actor. Hence he headed for Florence, where at the time the great Vittorio Gassman was holding his “Bottega Teatrale”. It was not long before Paolo De Vita was noticed in that city, and he made his debut in Maria Stuarda alongside Valentina Cortese, under the direction of Franco Zeffirelli. His encounter with Carlo Boso, the legendary Maestro of the “Commedia dell’Arte”, was, for him, a major turning point: as Arlecchino he traveled the world, performing in America, Canada, France and Spain. After his experiences in the classical theater (Renzo Palmer and Gianni Galavotti were his guides), he turned to performing Cabaret with “I Fratelli Capitoni”. As from 2001 he is an active member of ParkinZone – a non governmental performing arts school for people suffering from Parkinson’s disease – the only one of it’s kind in Europe. De Vita also teaches acting in the Ballarin Officina Teatro XI Aldo school in Rome. Well known on both the wide and small screen, he has partaken in many art films thanks to his versatility and mimics, and in many successful TV series.