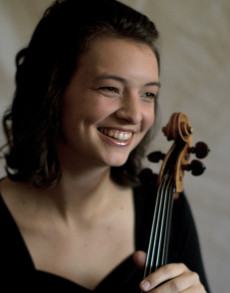 Violist Rebecca Albers has performed throughout North America, Asia and Western Europe and has been seen on TV in the United States, China and France. She is Assistant Principal violist of the Minnesota Orchestra.

Rebecca is a Distinguished Artist viola faculty member at the Robert McDuffie Center for Strings.  Prior to joining the Minnesota Orchestra, she was on the viola faculty at the University of Michigan School of Music Theatre and Dance and taught in collaboration with Heidi Castleman in the Juilliard School‘s college and pre-college divisions. She has also taught at the Perlman Music Program, the North American Viola Institute, and served on the Executive Board of the American Viola Society.  Rebecca studied at the Juilliard School with Heidi Castleman and Hsin-Yun Huang.