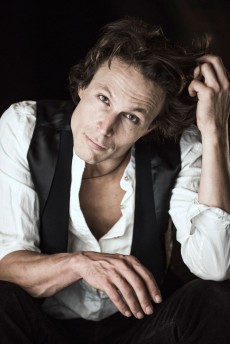 Roberto Zibetti is an Italian movie, theatre, and TV actor, as well as a stage and film director. Born in the U.S. from a turinese family, his theatrical debut was with the famous italian stage director Luca Ronconi in the kolossal play I Giorni dell’Umanità (Lingotto, Turin). He then worked at the Piccolo Theatre in Milan guided by Giorgio Strehler. (In his documentary, Il cielo in un campiello, Zibetti pays tribute to his experience with the iconic director). Throughout his career Roberto Zibetti has worked with major directors such as Luca Ronconi ( Lehman Trilogy), Mario Martone ( Danton’s Death) and Klaus Michael Grüber. Other recent perfomances include La Gerusalemme Liberata, praised by critics and public in Turin, and Rotholandus ( a contemporary multimedia show based on the classic poem L’Orlando Furioso). When not working on stage, he spends most of his time in Rome, working as a movie and TV actor. His most recent appearances include Pasolini (Abel Ferrara, 2014) with Willem Dafoe, I Cento Passi (Marco Tullio Giordana, 2002), Io Ballo da Sola ( Bernardo Bertolucci), Radiofreccia (Luciano Ligabue,1998), Non ho sonno (Dario Argento, 2000).