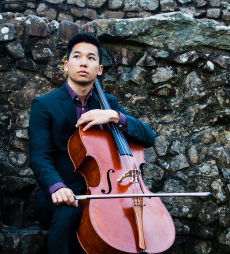 Taylor Yasui, age 21, is a junior under full scholarship at the Robert McDuffie Center for Strings. Born and raised in Honolulu, he began studying cello at 12. In 2009 he performed the Dvorak Cello Concerto with the Honolulu Symphony as winner of their annual competition. Graduating Kamehameha Schools, he received the Benjamin Hooke and Zillah Young scholarships for musical excellence. Taylor has played for the Emerson, Brentano, Ehnes, Orion, and Cavani quartets and has studied at Meadowmount School of Music and Chautauqua Institute. He currently studies with Julie Albers and Hans Jorgen Jensen.