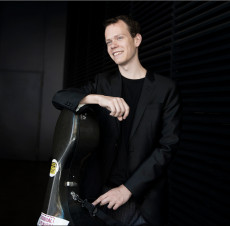 Born in 1990 in Wien, Thomas Auner was a music prodigy. At the age of 5 he took part in the International Youth Competition in Liezen, Austria, where he received a special prize as the youngest participant. Besides the cello, Thomas began composing and playing the piano. He started performing in concerts together with his mother, a concert pianist. At the age of fourteen he traveled to Japan with the ‘Youth Orchestra of Wiener Neustadt’ conducted by H. C. Stekel, he then won the first prize at the International Cello Competition in Liezen. In 2006 he toured in China. In 2010 he began studying with G. Rivinius in Saarbrücken, Germany where he graduated in 2012. Thomas is now continuing his studies in Vienna with N. Gutman and plays on an exceptional cello crafted by the Prague School (1770).