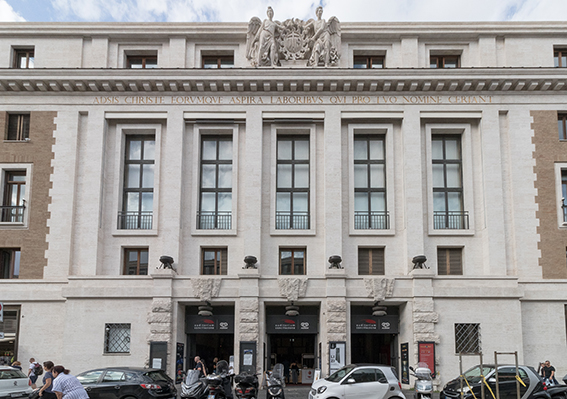 Auditorium della Conciliazione was built in the 1930’s as part of an urban reorganization between Rome and the Vatican. It’s name, “Conciliazione,” meaning “reconciliation” in English, was chosen to represent a new partnership between the city and the papal state.  It was designed by architect Marcello Piacentini and was initially meant to be a pontifical audience hall.

In 1958, the Orchestra dell’Accademia Nazionale di Santa Cecilia, Italy’s first exclusive symphonic orchestra, established its headquarters at the auditorium and remained in residence until 2003. RCMF’s artistic director, Robert McDuffie, made his Italian debut with the orchestra in 1994 at the prestigious hall.