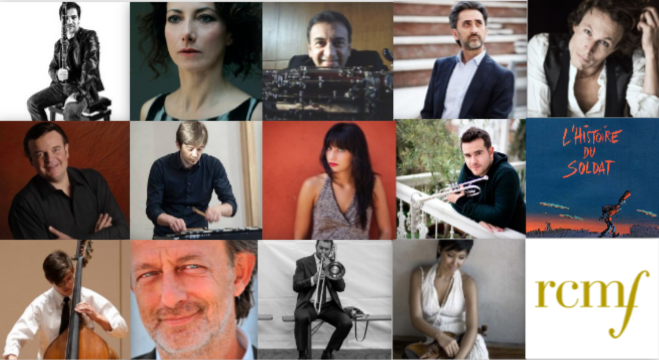 Written in 1918, the soldier story ( Histoire du Soldat) is a work that interlaces chamber music, ballet and reciting, through a story inspired by Faust’s myth. This work was a remedy to the composer’s difficult circumstances, an exiled and penniless Stravinsky, that had refused to join WWI as well as the Bolshevik revolution. The Histoire is a kind of puppets show: that’s the interpretation of the stage direction of Enrico Stinchelli, famous radio host of La Barcaccia (RadioTre), musicologist and author of esteemed opera shows. After Stravinsky the story will be
“read, played and danced” by a small group of musicians and actors , a narrator, a soldier , a devil and a dancing Princess. Stravinsky, inspired by the Russian folklore tradition, inserts also several parodies of modern dances. A great multimedia production will completely transform the Salone Pietro da Cortona of Palazzo Barberini, without altering its baroque beauty, Lights and video mappings – says the director – will help to tell the story in a dramatic way , while creating a dreamlike and fantastic atmosphere. An exceptional cast of actors: Roberto Zibetti will be the Narrator; Paolo De Vita will be the Devil; the Soldier will be interpreted – seen the modern times – by a woman, Alessia Patregnani, and Chiara Giancaterina will be the Princess. Santa Cecilia Academy first clarinet, bassoon, trombone and trumpet, along with a violin, a double bass and a percussionst will be directed by Carlo Rizzari , read their profiles here !